East-West Corridor: from the Netherlands to Berlin and Poland 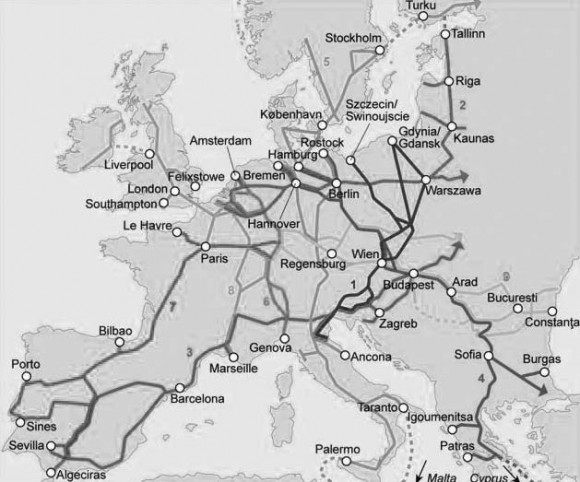 The European Union wants to improve the core network of transport in Europe and thereby enhance the use of sustainable technologies. Large grants are available within TEN-T (Trans-European Network Transport). Logistic companies see opportunities, regions and communities want cross-border solutions for bottlenecks. Especially promising in this context is the freight corridor from the Eastern Netherlands towards Hanover, Berlin and Poland. I was involved in several activities for setting up this East-West Corridor:

In the meantime the name has been changed into “North Sea-Baltic Core Network Corridor” and a cross-border agenda is being set up.  In due course this East-West Corridor will connect Amsterdam and Rotterdam in a better way with cities such as Berlin, Warsaw and Helsinki through innovative modes of transport while taking into account the interests of society.